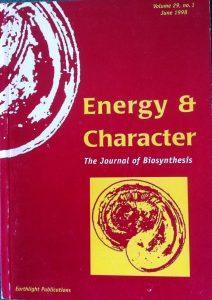 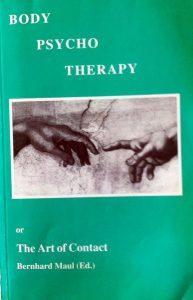 Prigogines, a great scholar that he was, always claimed that a modem science should be truly holistic, a science that would not build itself up into little specialities, nor break itself up into details but should try to reassemble branches of knowledge into a whole. This kind of science attempts to create a bridge between the being and the becoming of nature, since it looks on the universe as evolving constantly and not as a static entity. But it also attempts to construct a bridge between the different aspects of nature that we come into contact with ( in particular human beings and their relationships) and the different was in which we attempt to interpret its functionìng. Recent studies of the mind and the brain have shown that the various parts of the brain and the neurons are less specialised than was originally supposed and are what Is more able to modify their various tasks fairly easily. Thus the brain itself presents, above and beyond the different functions that it Is assigned, a basically unitary nature. The Science P refers to is a science that accepts complexity without giving up the attempt to understand and explain it; a science that attempts to give a mathematical and thus rigorous form to the laws of chaos.Thus we are in a position of equilibrium, a very delicate but significant balance, between on the one hand overcoming an obtuse kind of determinism ( excessively reductive, linear cause and effect, only quantitive laws, banalising simplifications etc.) and on the other a purely chaotic concept of reality. seen as unrepeatable, impossible to study, understand or predict. I have quoted P because his concept of science IS one which fits our discipline or fìeld perfectly, if we look on psychotherapy in the broad sense rather than the narrow, not just as the curing of pathologies but above all as the possibility of reading, analysing and understanding the complex functioning of the human being and their relationship with the environment.

It was in the 20’s that Wilhelm Reich proposed the first hypotheses as to the existence of deep and complex interconnections between psychic and somatic, as to laws of functional identity between the two aspects of the same reality, as to the need in psychotherapy to intervene also with the body. In fact the need for a study of the functioning of the psyche which would take into account body processes had already been initiated with Freud’s formulations. In Freud this aspect appeared, following the model of the science of that period as a “biologism in his drive theory. But the body could not just be relegated to the infancy of the individual; it was still present within the therapeutic relationship, in the processes of communication, even if one only attempted to take up only the verbal, symbolic or phantasmatic. The body exists in the silences, the tone of voice, movement and the position that the therapist assumes with respect to the patient inside the setting. One talks and acts with the body even if implicitly or unconsciously and in therapy both the body of the patient and the therapist are present. This explains why the importance of the body has really always been recognised in the history of clinical psychology, even though in a somewhat underground and non organic fashion. interest in the body has always been lively and has prompted numerous researchers to look into this vast and fascinating area. The history of therapies is therefore punctuated by authors who have moved in this direction. Within the psychoanalytic model it Is enough o mention Ferenczi’s active technique, Alexander’ s corrective emotional experience, Winnicott’ s concept of holding and Balint’s primary love, Racker and the concept of methodology and technique and on down through to Fairburn, Kohut and Stern with their formulations of the Self and the recent theses of haptics of This and Veldman. Other significant examples come from other clinical models: from behaviourism with ìts concept of modelling and tlooding br example, gestalt with its interest in the body is rcpresented and represents itself to others, from Schultz with his tcchniques of autogenous training and so on. l3ut it is stili Reich who founded the bases tòr a new bodymmd theorv, that of the direct approach, a deep and systematic approach to the body in therapy. 1HS concept of functional iden titv between psyche and soma opened up the great discovery that it is in the body that the history of our emotions and the development of our life is written from birth. Reich then was the most important of the researchers who laid the foundations of the theoretical area of bodypsvchotherapy, having shown through intuitions which were incredible for those times that i’t was necessary to integrate traditional therapeutic work with interventions on thebody aimed at modifying muscular and neurovegetative conditions which would otherwise have continued to retro act on the patient and bring him back to a state of lllness. Under the impact of certain of Reich’s ideas which were recuperated in Europe in the 60’s (after his final biophysical period in America) and of the advent of encounter groups which were spreading in California in the same period, the impact of Schutz’s ideas, a reevaiuation of oriental physical disciplines, experiences in dance and movement, of research in psychomotricity, the numerous techniques of bodv psychotherapv were born and multiplled. However sometimes ihese techniques carne to be used for their own sake, without a theor; sometimes they would go to the other extreme to that of verbai therapies and work prevalently 4f not exciusiveiy with the body. What Is true though is that this ferment of research and experimentation had set off an unstoppable movement which aside from anv understandable errors, brought about one of the theoreticai areas of clinicai psychology which is extremely rich in potential and activity.

The heritage of bodpsvchotherapv should not therefore be dispersed but should rather be valued and developed. 11 is one thìng to start compare with other theoretical areas of psyc hotherapy (psychoanalysis, cognitivism, i ung hian therapy and so on) a comparison whìch Is necessary in order to be able to progress in this discipline, a comparison that started some time ago and which bit by bit will help to integrate knowledge, but it is yet another thing to allow bodypsychotherapy to dissolve and to consider that it belongs in part to psvchoanalysis, in part to gestalt in part to systemìc therapy. Apart from the case of gestalt whìch could prohably be legitimatelv considered in the other direction, that Is that gestalt belongs to the bodypsychotherapy area, the specificity of bodypsychotherapy, its theoretical principles which are origina] and which belong to it from the concept of body memory to the unitary nature of psyche and soma, the circular relationship on an equal basis between the corporeal and the mental and that ot the polarity of the various psychocorporeal functions, from the denial of the death instinct to the importance of the environment and holding in the development of the child: from the original integration of the self and the processes which make it up to the stratification of emotions in the various parts of the body; from the importance of movement and postures to that of the internal systems such as the respiratory and neurovegetative. The various theoretical areas carne about from having taken into consideration the person and his/her relationships according to different points of view, discovering phenomena which were visible only from that viewpoint and elaborating theoretical models to account for them. rphat Is why the models are different and each one brings with it basic germs validity, in the same wav as they also tend to drag with them formuiations which recent research has proved no longer to be valid. Bodypsychotherapy Is one of these models with its own theory as weil s its own techniques. Not only that: bodypsychotherapy is the theory which is most able to take into account and deal with the problem of complexityin human functioning since it 15 used by its very nature to considering several levels at once. As long as we start to get over those concepts which are too vague, such as the dichotomy between mmd and body, and we begin to talk of psychocorporeal processes, getting down to the detaiis of all the functions which go to make up the self: from memories to rationality, from the symbolic to fantasies, from postures to movements, from emotìons to the shape of the body, from the neurovegetative system to perceptions. it is only in this way that we wiil be able to reach unitariety, complexity and at the same time concreteness and plurality of levels on which to operate, the concept of holism rhich Is not vague but extremely rich and detailed. This Is why hodvpsychotherapy more than any other approach has the important task of making permeable the frontiers of the various approaches in order to construct together a model which is broader and more complex but without giving up its own contributions, its own theoretical formulations elaborated over 70 years of experience and research; with giving up its self but rather claiming with head held high that which it has contributed and has stili to contribute to psychotherapy and to science in generai.