The 1st National Congress of Body Psychotherapy was held in Naples in May 1990.

The event was promoted and chaired by Mr Luciano Rispoli (who is the founder of S.I.F., i.e. Italian Body Functional Psychotherapy Society), and it was also linked to the International Movements which had been started those years, and precisely:

– the International Congress about W. Reich which was arranged by S.I.F. and held in Naples in 1987

The most representative Italian Schools and Institutes operating in the Psychocorporeal branch attended the 1st National Congress in Naples, and they set up a National Association named “National Scientific Committee for Body Psychotherapy”. The Association consisted of one Executive Secretariat of 5 members, one Organizing Secretariat with S.I.F.,  and a President who was Mr L. Rispoli. The Association started some cultural and scientific projects, such as that to draw up a dossier about the Training Schools and Institutes, then that to establish gradually some Training Courses integrated between many Schools, and also that to define the theory of Body Psychotherapy.

Some important results produced by the Association have been the following:

–  the Ministerial Committee for the recognition of the Psychotherapy Schools has convoked the Association, together with the main Psychology and Psychotherapy Establishments in Italy, for its 1st Consultation

–  in May 1991 at the 22nd three-yearly Congress of the Italian Psychology Society, the Clinical Psychology session was focused on the Theoretical Areas of Psychotherapy (i.e. the most important types in which Psychotherapy is subdivided nowadays), and those attending it were the Psychoanalytical, the Systematical,   the  Cognitive Behaviouristic, the Grouping, and the Psychocorporeal Areas.

– in 1992   the   3rd National Congress   of Clinical Psychology was entirely focused on the comparison between the big Psychotherapy Areas; the Body Psychotherapy branch attended this meeting with its own panel like the other four theoretical areas, and then again like the others it was present at all the inter-area round tables

–  the 2nd National Congress of Body Psychotherapy (which was held in the prestigious University of Catania in May 1992 and in presence of the most important Scientific Establishments) was attended by a large number of Schools and Institutes operating in the Body Psychotherapy area as well as international researchers, university-teachers, and experts belonging to different clinical approaches and theoretical models.

At the Congress in Catania, the Association has even more consolidated its position by starting to determine its Statute, it has elected a new Secretariat and asked for the reconfirmation of the President, it has also reaffirmed its scientific and executive directions as well as its own structure which mainly gathers together Schools and Institutes, and therefore:

– it really represents the situations about the Psychocorporeal area in Italy

– it can quite represent these situations in an international environment

– it is a structure linked to all the International Associations operating in the Psychocorporeal and Psychotherapy areas, and it does contribute its cultural and scientific views. 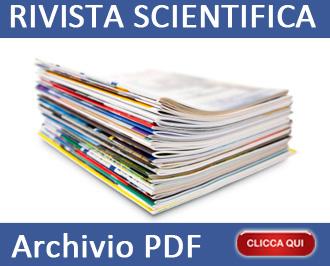